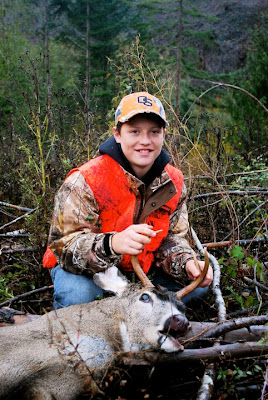 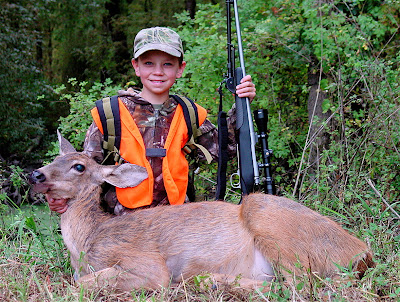 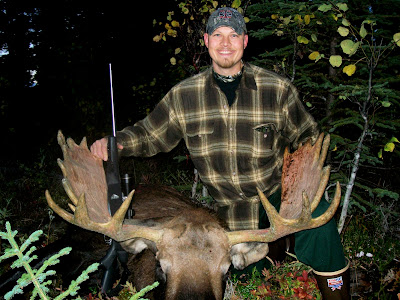 Third Place goes to Joel from Soldotna, AK for this photo of his beastly moose.  Joel was hunting with a good friend, Matt, in a place they call "moose marsh."  After 14 days of hunting hard, Joel and Matt had to push through the discouragement and kept hunting.  On day 15 Joel caught a glimpse of this monster as he snuck away into the timber.  Joel put a stalk on to catch up to this bull, and from 50 yards, he sent 180 grains right into the boiler room.  Nice work Joel and way to stay after it!
Posted by Faith in the Field at 1:27 PM